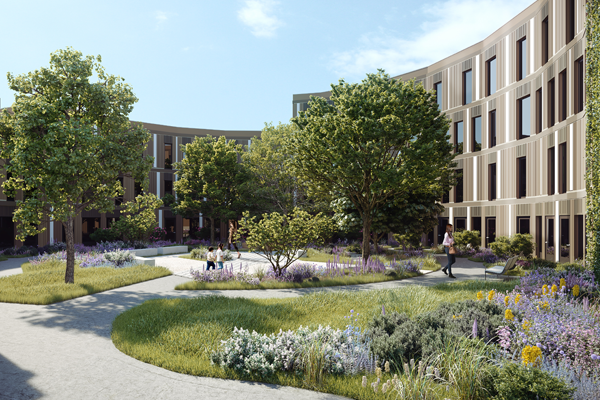 READ THE ARTICLE AT RENX.CA

A Southwestern Ontario company has big plans for sustainable developments across three North American countries. S2e Technologies has projects planned, and underway, in Canada, the United States and Mexico.

London, Ont., city council voted unanimously in December to approve zoning changes to green-light S2e’s EVE Park net-zero energy development on the west side of the city. The land was acquired from Sifton Properties, which is creating what it claims to be the most sustainable and energy-efficient community in Ontario: West 5.

Chief executive officer Milfred Hammerbacher said he’s been impressed with what London has to offer.

“Some municipalities get it and some don’t,” he told RENX. “When I say get it, I mean understanding the impact of climate change, where we get our energy from, and how we get from point A to point B.

“That was a key thing and the city has been incredibly supportive. The other really critical thing is having a progressive local utility and London Hydro is definitely one of the most progressive utilities in Ontario.”

Since S2e was already a technical adviser for West 5, building EVE Park on land that’s part of that project was a good fit for both it and Sifton.

Architectural firms Dror Benshetrit and Gensler were chosen by S2e to collaborate on the unique circular design, which creates community spaces and wide-angle views.

EVE Park will feature 84 market-priced, pie wedge-shaped condominium units with one to three bedrooms. More than 60 per cent of the units will have two bedrooms.

It’s designed to net-zero energy standards, meaning it will generate as much energy as it uses, while being connected to the electrical grid as a back-up. Solar panels will absorb sunlight and generate electricity for EVE Park. Each unit will have two exterior walls with high-efficiency windows.

All heating and air conditioning will be done with air source heat pumps. Water-conserving Nebia showers and faucets will be installed.

“We’ve tried to design this where we can have a very big impact on climate change without any sacrifice,” said Hammerbacher. “If anything, it will be more convenient and an easier place to live.”

The biggest barriers to creating buildings with smaller environmental footprints are humans, not technology, according to Hammerbacher.

EVE Park has also been designed with an autonomous vehicle future in mind. The plan includes an electric vehicle car-share program, but no garages for vehicles.

While no pricing details have been announced for EVE Park, Hammerbacher expects pre-sales to begin at some point during 2020, with construction to start soon after the launch, utilizing panelized construction techniques with prefabricated components to quickly assemble the building.

“We’ve been asked by many developers down there to help them do more sustainable construction,” said Hammerbacher.

Since Mexico receives plenty of sunshine and goes through long periods without rain, followed by short periods of heavy rain, water conservation is a bigger issue than creating solar energy.

The 16-acre Ilios San Nicolas in an industrial area of Monterrey is being prepared for net-zero energy. This project will include 112 single-family houses, three-storey apartment buildings with 216 units, 4.5 acres of pathways and sidewalks, and 3.95 acres of green space.

S2e did an inventory of all the trees on the site and Hammerbacher said it designed the community in such a way as to save “a huge percentage” of them.

“It’s kind of like an oasis. A family had a farm there and industry built up around it, and they finally got to the point where they wanted to sell the land.”

S2e’s Naya development on a beach north of Puerto Vallarta will feature sustainable, energy-efficient condos. The company recently partnered with a Monterrey developer to build a sustainable resort at the site.

S2e has an American office in San Francisco and land under contract in Grand Junction, Colo., where a second EVE Park design is in the planning stages.

Hammerbacher said it will have smaller and more affordable units than the building in London.

While S2e has ambitions to build larger projects, Hammerbacher said: “We have our hands full right now, so the expansion probably won’t be for a year or two.” 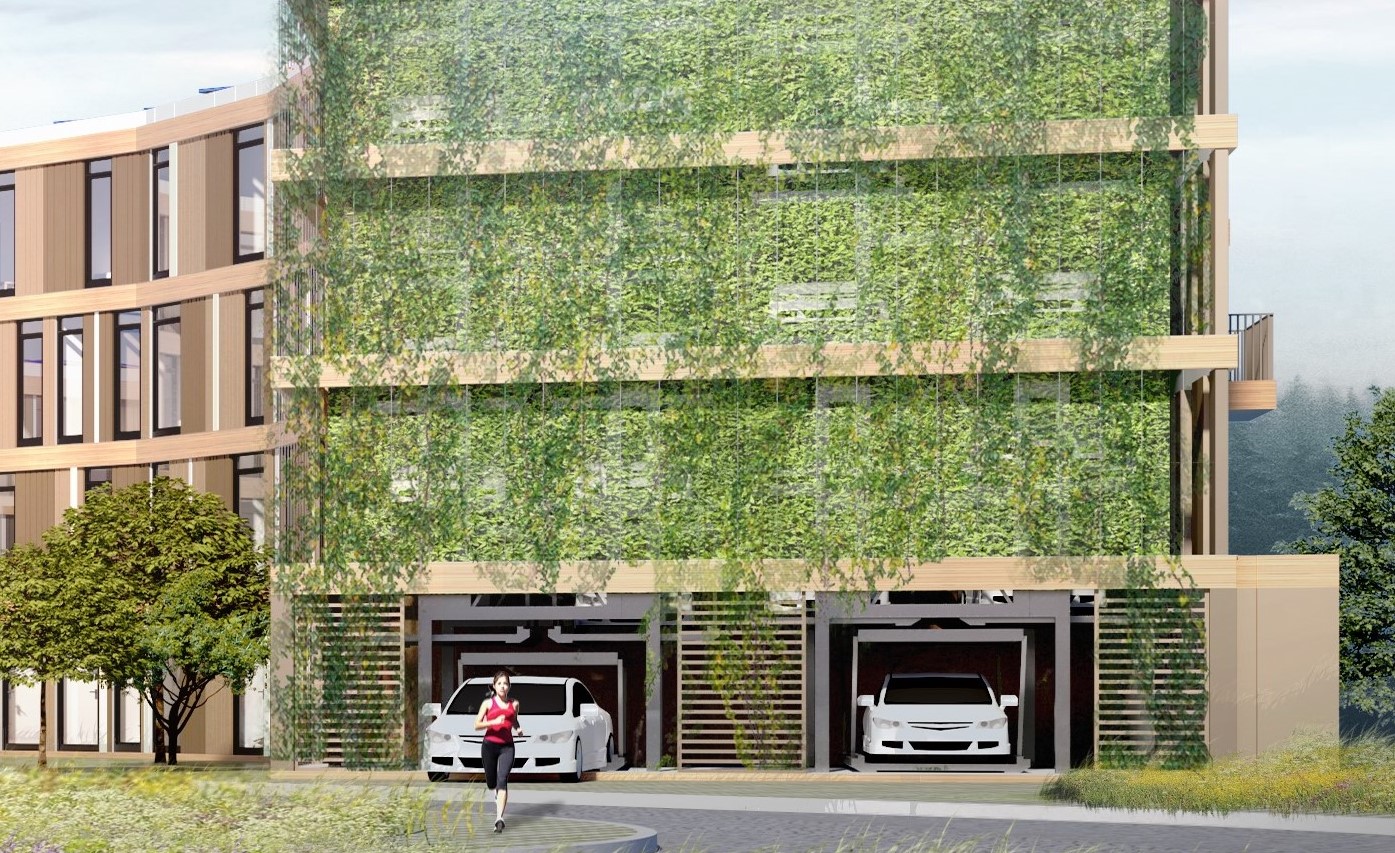